Everyone handles their initial cancer diagnosis differently.  I would have preferred to just deny the whole thing … seemed like the easiest route.  But, I was having so much undiagnosed chest pain, I was relieved that something was actually wrong with me.  I was beginning to think I needed to be checked in as a psych patient.  Following an actual diagnosis, I wanted to curl up in a ball, cry and pretend I could disappear.  That didn’t last long as I had a six and a three-year old that needed their mom.

Telling your friends and family that you received a cancer diagnosis is also a bit of a pickle.  Obviously, it seemed like it required more than a text, but I couldn’t imagine making each phone call and talking while crying through each one.

To complicate things, we had been living in Minnesota during the fourth coldest winter on record. I felt very isolated from my friends and family back in Omaha.  Eric was on the road, most of the time, and I had two kiddos at home.  Our crazy plan (prior to the chest pain beginning) was to try for one last baby while it was cold and boring in Minnesota.  A positive pregnancy test came back quickly, but just as we were about to announce to family and friends; I had a miscarriage.  It wasn’t fun, but I was beyond grateful for Garrett and Addison and knew if things worked out for a third … we would love it.   But we had two beautiful and witty children to enjoy right now.  We got pregnant again, but this time it was too scary to let more than my mom know.  Then I began getting weird pain complaints and wanted to sleep ALL the time.  I chalked it up to the pregnancy, but I wasn’t exactly running around shouting a positive pregnancy test to the world.

Turns out, I ended up sending out a group text saying something like, “we’ve moved back to Omaha, I’m pregnant and by the way, I also have cancer.”  Emphasis on the happy pregnant part, less on the cancer. Looking back, I now know, given the second chance I would have done it differently, but I still don’t know exactly how.  There isn’t a Hallmark card for those sorts of things.

We had moved in with my amazing mom while Eric finished things up in Minnesota… worked, sold our house, moved out of our house, basically everything.  My mom was trying to do everything to help Addison and Garrett have a wonderful summer.  I was working on maintaining a healthy pregnancy and basically sitting or sleeping. We decided to go forward with a big, scary thoracotomy surgery.  I was in too much pain to hold off until delivery and the doctors thought it wouldn’t be possible if we waited until my third trimester.

So, In July 2014 came the big, scary thoracotomy surgery removing the tumor, a part of my left lung and a bit of my diaphragm.  It was the most painful experience I had ever had prior to that.  I remember literally waking up from surgery screaming.  I was in the hospital for over a week.  Eric worked during the day while a friend would come up and sit with me.  Eric would touch base with the kids and then return to the hospital to sleep in a chair in my room at night.  I have absolutely no idea how he did that and then continued sporadically over the past seven years.

My first specific tribe memory was about two weeks later.  Eric was in Minnesota finishing up his work transition, my mom was holding down the fort with Garrett and Addison and my job was to be pregnant and try to move around as much as possible.  Around midnight, I began having increased pain, sweating and heart palpatations.  Then, I’m sure, my mind began playing tricks on me and I began to panic that I was dying.  I woke my mom at 4 am and told her I needed to go to the emergency room now.  That wasn’t a fast process.  We had to get both kids out of bed, both my mom and I partially dressed and out the door.  It was a forty-minute drive to the hospital.  As my mom was driving, I realized that I had no idea what I was going to do with the kids.  I couldn’t imagine being left at the emergency room by myself.  So, I began calling my besties.  I woke the first up from a dead sleep, then the second was getting ready to walk out the door to work.  She ended up calling her mom and Gail met us at the Emergency room door.  I was admitted and everything else was magically taken care of.  There was coordination to take the kids to daycare and then what they were doing after hours.  My best friends from elementary and then friends of friends or family of friends stepped in and magically took care of things.  I slowly started to realize that this was more than our little family would be able to fight on our own.  I started to understand the importance of a tribe.

Cancer is a marathon, not a sprint.  It takes as much mental fortitude as it does physical.  It also, I believe, takes a lot of luck, love and prayer.  It took me awhile to say “yes” to help outside of my family.  But, Eric and my mom couldn’t hold their current pace forever.  The first type of chemo I had involved five days in the hospital every three weeks.  As I was terrified of being left alone, coordination of care took a lot of work.  Eric primarily had work and hospital nights with me.  We enrolled Addison back in daycare, but it was 40 minutes away from my mom’s house.  Garrett began first grade at a Catholic elementary because his best friend attended, and we would have support before and after school for him.  We are not Catholic.  By the end of the school year, he thought he was though!  We were fine with that.  My mom had a NICU baby to take care of and A LOT of driving. So, we slowly began saying “yes” to everything anyone offered, our tribe formed and our family began to slowly manage the life of long term cancer treatment.

To the cancer patient : say yes to as many offers of help and prayer that you come across.  Your friends, family and even strangers want to help. Most of the time, they just don’t know HOW to.  Give your loved ones specific tasks and don’t feel bad about it.  For example, it would be great if you would pick Addison up after school tomorrow and take her on a play date so I could get an afternoon nap.  Or, we would love dinner delivered!  I’m not feeling well this week though, would you mind leaving it on the front porch?

To the friend or family member of a cancer patient:

Cancer stages a war against your body.  Beating it cannot be done alone.  As a cancer patient, open yourself to the healing love of others.  It will fulfill and refuel you to continue your battle. 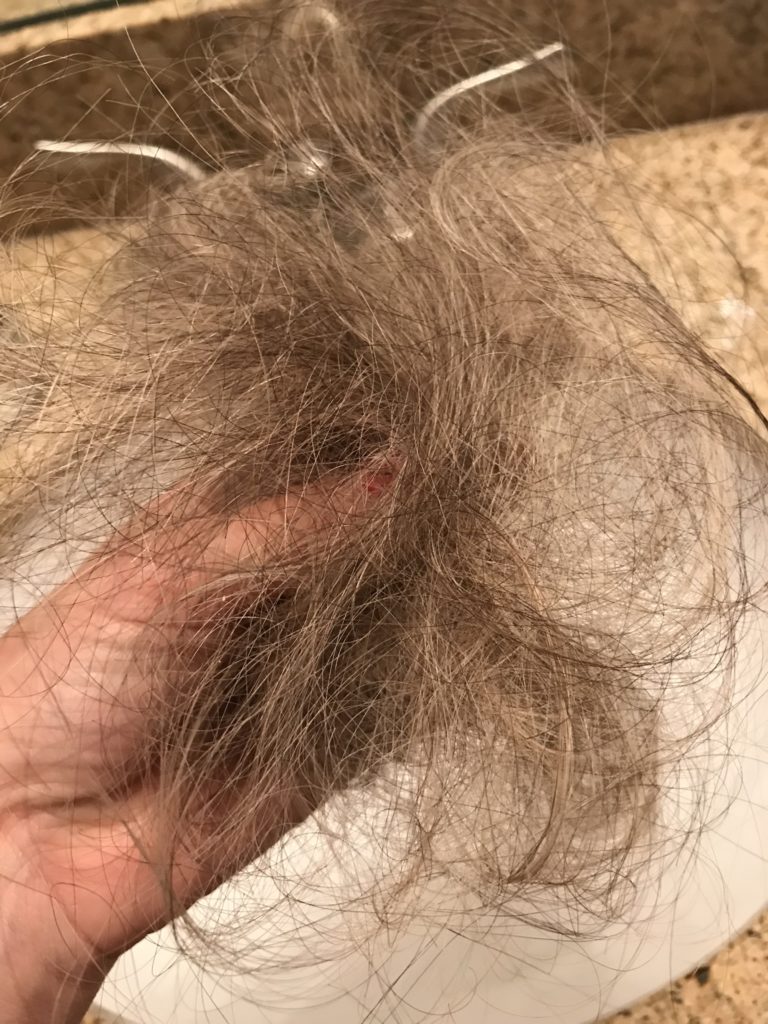 Why Losing Your Hair is About More Than Just Being Bald