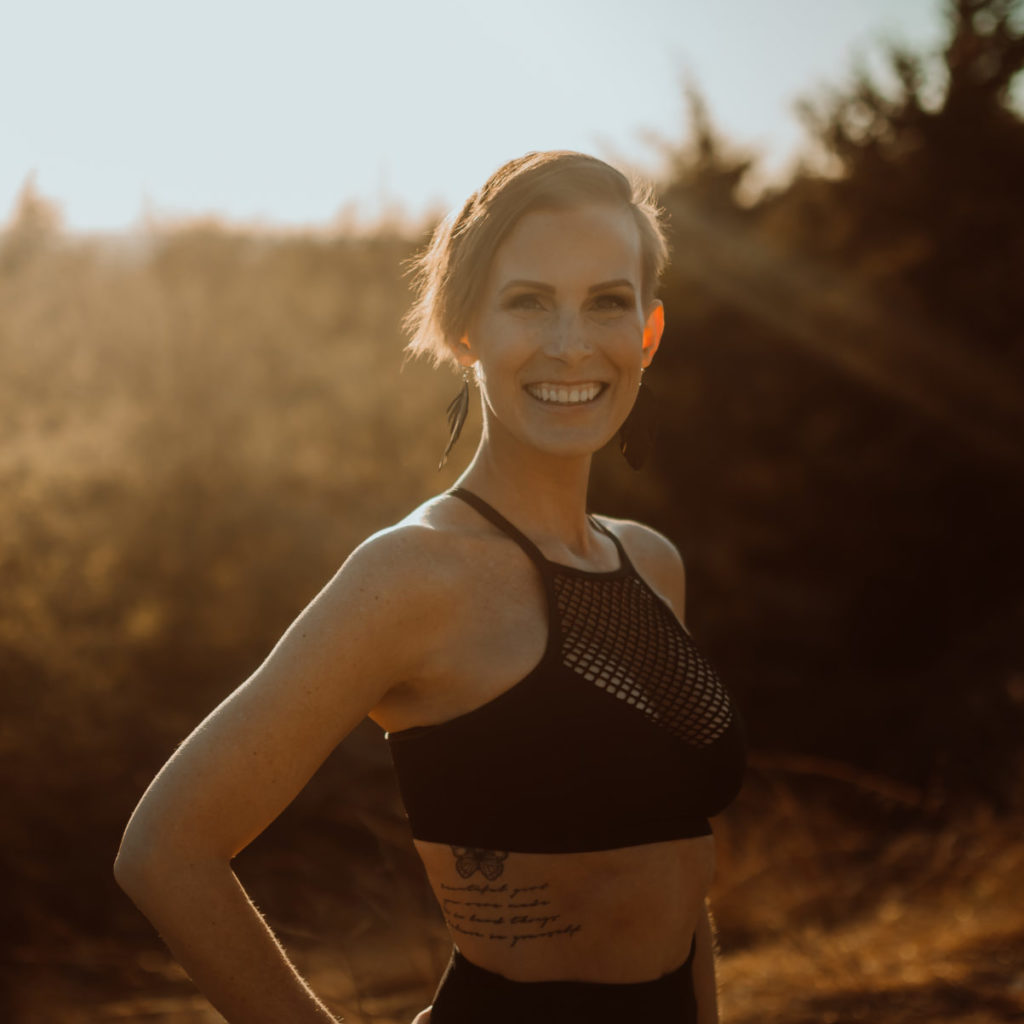 Taylor is a mom, wife, attorney, yogi, animal lover, part-time health nut, full-time free spirit, and of course, cancer survivor who is passionate about spreading awareness and supporting those going through any type of challenge in their lives, by loving them fiercely and unapologetically.

Welcome! My name is Taylor Cochrane, and on February 2, 2017, I was diagnosed with Small Cell Carcinoma of the Ovary, Hypercalcemic Type (SCCOHT). It is an extremely rare and highly malignant cancer, and I have been in remission since December 4, 2017!

On June 1, 2016, our family was blessed with our second miracle: daughter Penelope, little sister to Reid, our son. We had a beautiful delivery and were overjoyed to be a family of four. A few days after her delivery, I came down with a fever and chills that I couldn’t shake, and we ended up returning to the hospital. I went through a lot of testing to find the source of the infection, including a very thorough ultrasound of my entire pelvis – nothing. Everything looked completely normal. Despite being unable to find a source, I was placed on strong IV antibiotics, and sent home a couple of days later with a clean bill of health.

Then, in the late months of 2016, I began noticing bloating, a dull pain in my lower right abdomen, and I was also having pain with intercourse. I called my OBGYN (thinking my IUD may have moved and could be the source), and she sent me up for an ultrasound the next day. Unbeknownst to me, this was the first and a very important step in saving my life: paying attention to my body, and having doctors who listened, and took timely action.

The ultrasound (on Thursday) revealed a 12cm mass on my right ovary. I was in surgery to remove it 4 days later (on Monday). My OB performed this initial surgery, and knew immediately it was cancerous. It would take almost two weeks to get the correct diagnosis on type, since it was so rare; but once we did, it was off to the races.

Things after that are a blur. Rushing to find oncologists who had treated this cancer – worldwide, there had only been about 250 cases at the time I was diagnosed, and the odds of survival were 10%, at best. Rushing to determine the best treatment plan, as there was no standard. (Having a rare “orphan disease” will do that!) Rushing get a port put in. Rushing to get a PET scan (which confirmed my staging). Rushing to start treatment. As I’d learn in the days, weeks, and months to come – learning to, and becoming comfortable with, advocating for myself would be incredibly important. This meant challenging timelines, asking questions, getting second (and third, and fourth…) opinions, pushing for tests and answers, looking for alternative treatments to supplement my healing. We had to move fast – I had gone from absolutely no signs of cancer, to Stage 3 Ovarian Cancer in a matter of months.

I declined radiation after the stem cell transplant – I don’t believe have lived through it. Which leads me to one of the most important things I’ve learned through cancer – you have to TRUST YOURSELF. It seems impossible, in a time when your body has seemingly betrayed you, and nothing feels safe anymore. But, I slowly learned to trust my instinct. One well respected institution refused to consider a stem cell transplant, saying there is no way I’d live through it. But I knew I needed to do it. Another one of my trusted oncologists strongly encouraged radiation afterward – but I had to make the call not to. You will face these terrifying things as well… and you will get through them. You will get through them WITH SUPPORT.

I want to talk about support for a second. If there is anything that got me through treatment and the survivorship that follows, it was the support. So find your tribe, and love them with everything you have. My husband, friends, family, strangers; so many people came together to help us get through this. But to you – my beautiful survivor – you also need to seek out other survivors. Talking to and leaning on those who really understood what I was going through was instrumental. I would have absolutely lost myself if it weren’t for the people I have connected with through this time. That’s why we are here, creating this space for all of us today – because from the day you are diagnosed, you are a SURVIVOR.  From me you to – you’ve got this. And we’re here to help.